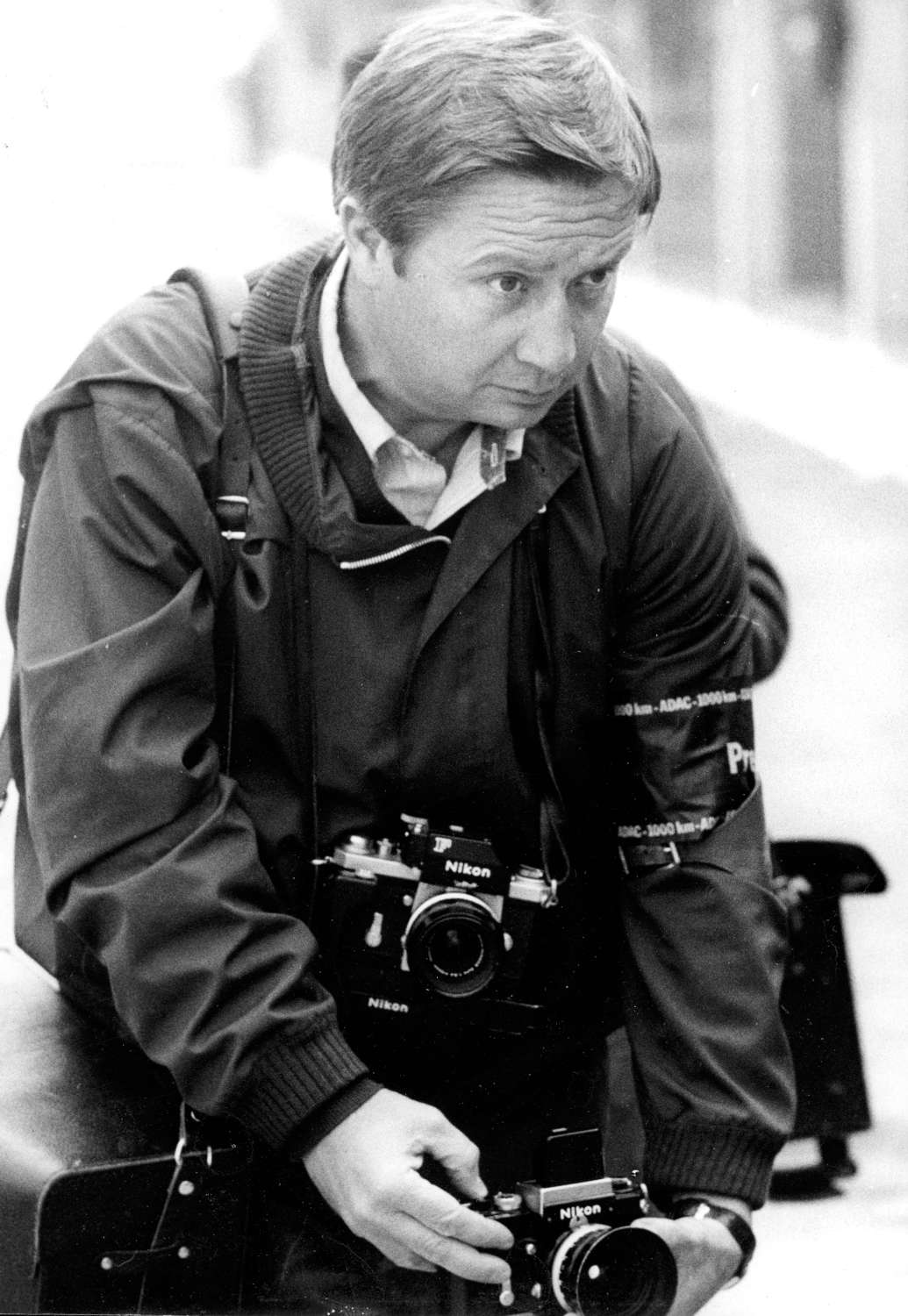 Photographer, reporter and journalist Yves Debraine was born in Paris in 1925. After completing his apprenticeship with Agence France Presse, he moved to Lausanne in 1948 and spent the rest of his life in Switzerland. He began working for the magazine L’Illustré, establishing a relationship that was to endure for over four decades.

Beginning in the 1950s he sent reports to the American magazines Life and Time, then among the most prestigious titles in the world’s press. He contributed to the picture books published by Time-Life. His work was also seen in magazines within Switzerland (Schweizer Illustrierte, Sie und Er), elsewhere in Europe (Paris Match, L’Express, Stern, Epoca) and in the United States (Sports Illustrated,
National Geographic).

In 1952 he and the publisher Ami Guichard founded L’Année Automobile, an annual devoted to the automobile industry and car racing. Right up to the end of the 1970s he followed Formula 1 events and endurance contests. His automobile archives are held by the Klemantaski Collection in the United States.

Yves Debraine was for twenty years personal photographer to Charlie Chaplin in Switzerland, also serving Georges Simenon and the Piccard family of scientist-balloonists. During the course of his career he took numerous portraits of other personalities, crowned heads, writers and artists.

He also worked for the International Committee of the Red Cross, notably with the mission to Yemen. At the start of the 1970s, following the closure of Life magazine, he founded the Lausanne agency Diapress as well as the monthly for seniors Aînés, later renamed Générations.

Yves Debraine died in 2011 in Lausanne, at the age of 85. His son Luc Debraine, director of the Swiss Camera Museum in Vevey, is curator of his archives.